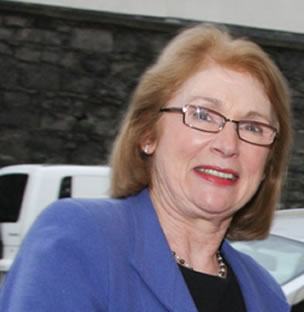 Chairperson of the Moyross Residents Alliance said "There should be a committee put in place and into action immediately, to get this implementation plan started. Our minister Jan 'O Sullivan said "This group would be put in place", we have waited six weeks and this has not been put in place, what is the big hold up, now we must wait until the 5th of December, another six weeks, we will soon also have Christmas on top of us, which would most likely further that another six weeks, bringing the plan initially to 2014. Jan 'O Sullivan said "I was critical at the lack of pace in the last regeneration process, There was no group to push the last regeneration process forward under Brendan Kenny". Jan O' Sullivan said "I want to make sure a group was in place to keep a regular eye on the regeneration process into the future, to ensure it is meeting its targets". "Surely to God" said Tommy Daly, "They have broken their promise already, no wonder the residents are disillusioned and feel conned again". Jan O' Sullivan has also said "A successful delivery and government approach, with public bodies and private sector and community organization working together, This plan WILL WORK!". Chairperson of the Moyross Residents Alliance, Matt Collins of the Ballincura Weston Residents Alliance and also Cathal Mc Carthy of the Limerick Regeneration Watch, were never invited, into any dialogue, with the councils or any other public body about the implementation of this plan, so we seem to be heading down the same road, if you don't get the residents involved this plan will not work. So Mr. Con Murray said (City and County Manager), have said "Very small inroads were made into the programme in 2007, Now is a chance to bridge the gap between the last six or seven years and the next ten years and make this plan work, the residents of the regeneration areas also welcome, clauses to be put on the plan to have locals employed and local contractors in any contracts of the regeneration areas", "This will mean local workers will get employment on the new regeneration project, I hope our councillers get on board with the Moyross, Southill, St. Mary's Park and Ballincura Weston, as each of these councillers, were voted in, by the residents of Limerick and the residents of the regeneration areas". said Tom Daly, Chairperson of the Moyross Residents Alliance.