Health And Safety Issues with Clancy Builders in Moyross. There was a big truck pouring concrete on top of the new buildings in Cliona Park and when they were finished pouring the concrete the arm of the truck was overhead the main road and concrete was falling from the swinging tube and landing on the road. It was lucky that there was no cars coming either way because if the concrete landed on the windscreen it would have blocked the drivers vision and may have caused a serious accident and also there are big sewage tubes laying against the fencing which is not stable on the main road. Of course it wouldnt have happened anywhere else like Caherdavin, Castletroy or Corbally this would not have been tollerated of course the people of Moyross has to endure all these hardships and health and safety issues. Martin O Halloran is unendated with phone calls about health and safety issues. We hope Clancy Builders see common sense and rectify these issues immedietly, this is not the first time we have had health and safety issues with Clancy's said Martin O Halloran, Vice Chairperson of the MRA.

Tom Daly, Chairperson of the MRA was unendated with calls and messages about Mr. Frank Predergast's book ''The Story So Far''. Number 1 its like a fiction book, it left out a lot of stuff eg. sports events, soccer events, rugby events plus individual people from the sporting criterias who all came from Moyross. Fr. Frank O Dea has not got a clue what is happening in Moyross if this is his attitude in this book. The people of Moyross are outraged that certain events which happened in Moyross for the good of the people and certain individuals that help Moyross shake off the stigma attached to it and it certainly was not Fr. O Dea or Mr Prendergast that done that it was the people themselves. Here are many events going back through the years that were done by the people of Moyross, Stars In The Hood, Monks V Gardai, The Limerick Toy Show, The St. Francis Community Garden Delmege Park, First Internationally Known artist to perform in Moyross free of charge to the people was Aggro Santos, X-Factor Stars brought to Moyross and met with the people of Moyross and stayed to take pictures with them. Also many other events were done by the people of Moyross including The Cancer Research Benefit nights, Special Olympics Fundraising, Crumlin Childrens Hospital Fundraising, Share A Dream Benefits, Limerick Youth Service and many many more were helped by the people of Moyross. So where is the story so far now, Not one of these events or sporting hero's where mentioned. So the story so far as told in the book is lies because it did not portray the real Moyross and the real people of Moyross. This was a book that was put together in bits and pieces, photographs taken and put things in the book that certain people wanted to hear and never put in the truth about what was going on in Moyross and the way that the residents of Moyross had to combat the issues themselves. They also said in the book about certain people gave Moyross, St. Marys Park and Weston bad names. But what about the people who put the individuals there? What about the people depopulating the schools of these areas. We will have no schools or community some day as they will all be gone said Tom Daly Chairperson of the MRA. So the story so far is a million miles away from the truth. The Moyross Residents Alliance and the Committee of the Limerick Toy Show wish all the people of Moyross, South Hill, St. Marys Park, Weston and all other area's of Limerick for their overwhelming support and helping the misfortunate in Limerick and the other charities. We wish you a Happy Christmas and a Prosperous New Year. THE TRUTH WILL BE PRINTED IN 2012. 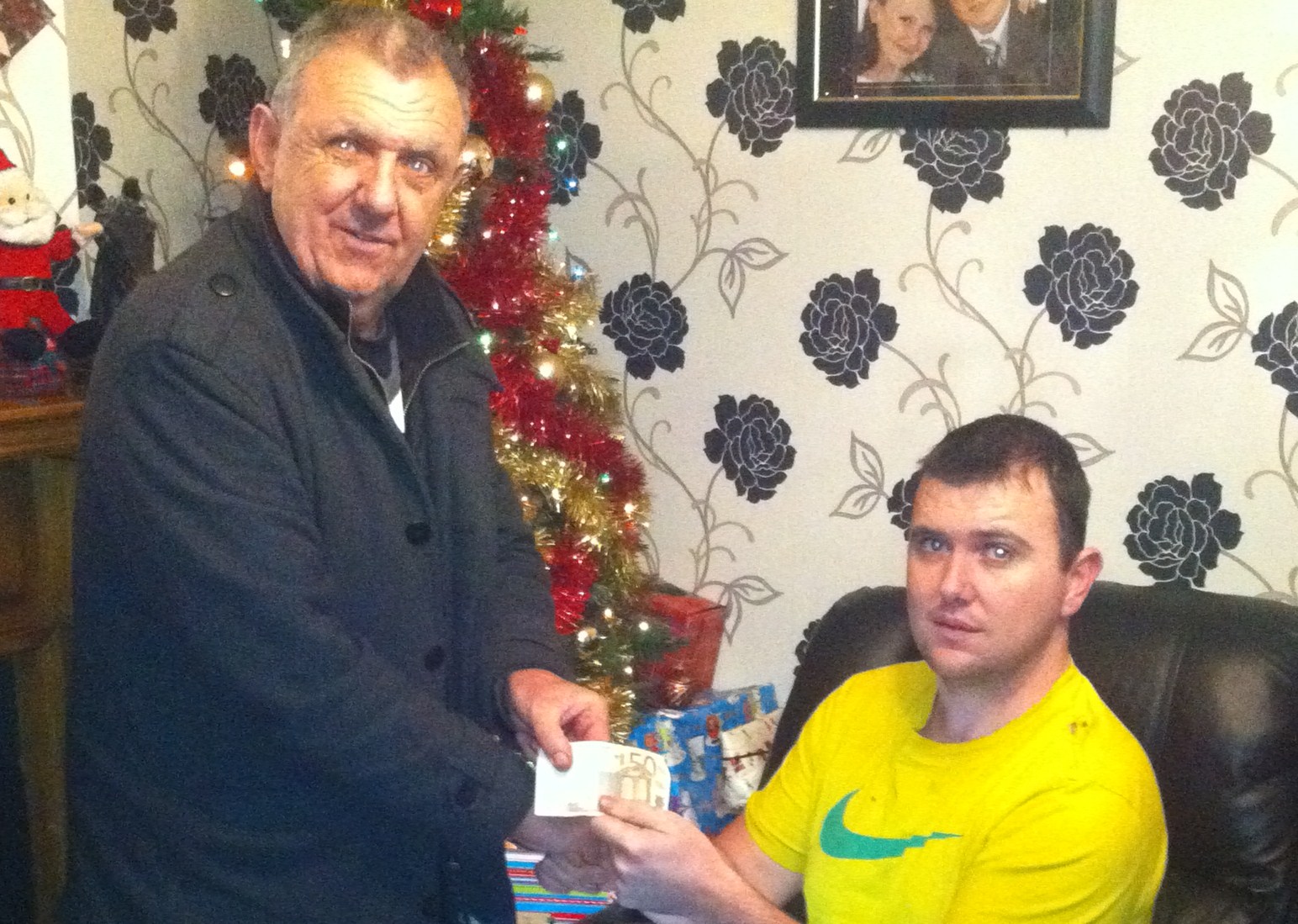 Talking about poor helping the poor, a resident in Delmege Park Donating a sum of money to help the charities of the Limerick Toy Show and there was a lot more than just one. We at the MRA thank you. 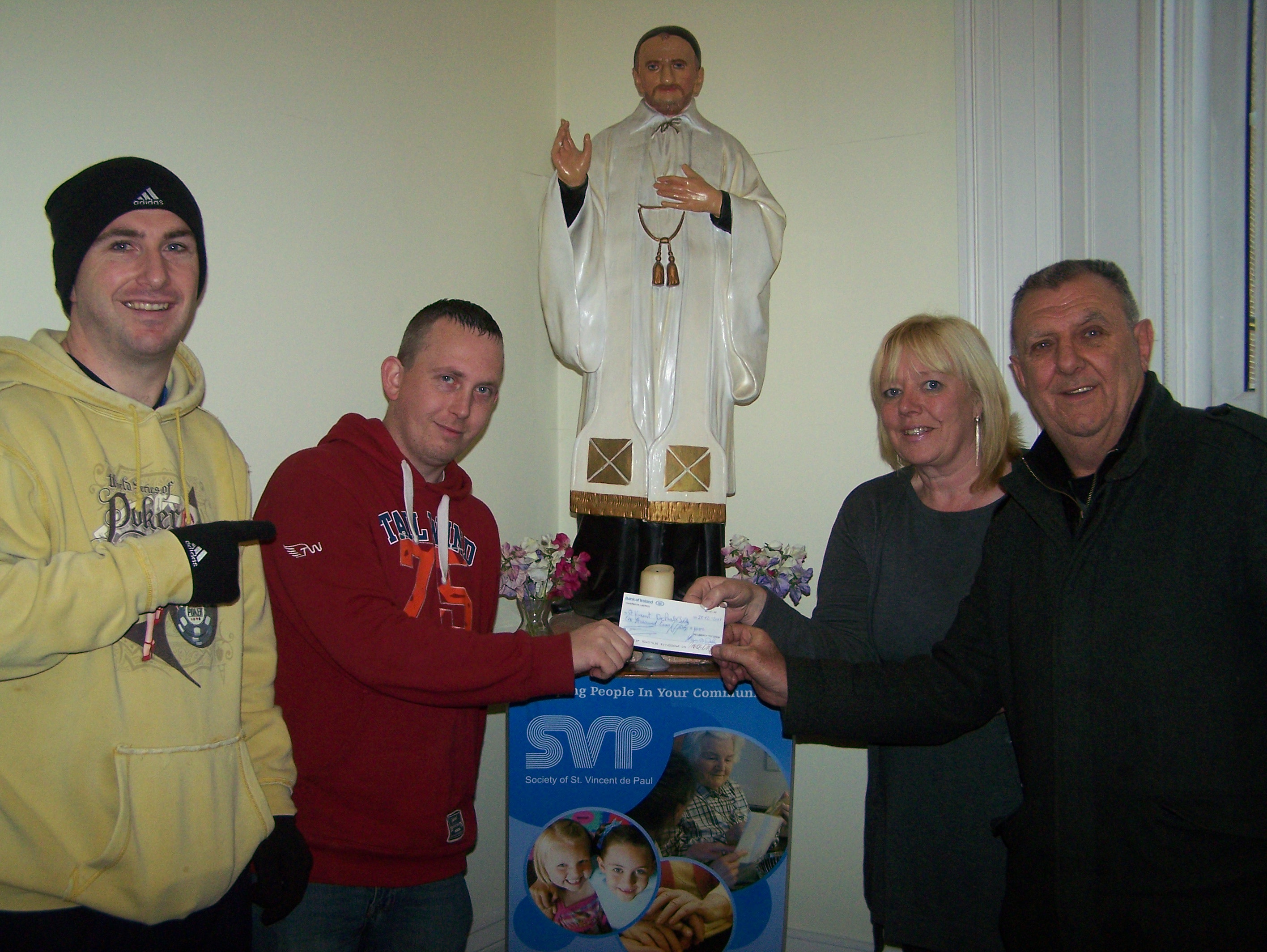 We are glad to announce that today the committee of the Limerick Toy Show donated a sum of money to the amount of 1000 euros to Lorraine Moroney from The St. Vincent De Paul Society in Osmond House, Limerick. This money that was donated for the veneruble new poor in Limerick City which some of the people can be seen in camps outside the old Dunnes Stores in Sarsfield Street, Limerick. Community activist and Chairperson of the MRA Tom Daly along with the committee of the MRA would like to thank Jamie Daly, Jason Reddan, Martin O Halloran, Deirdre Murphy, Lisa Daly and everyone else who worked so hard in making the Limerick Toy Show the success it was. 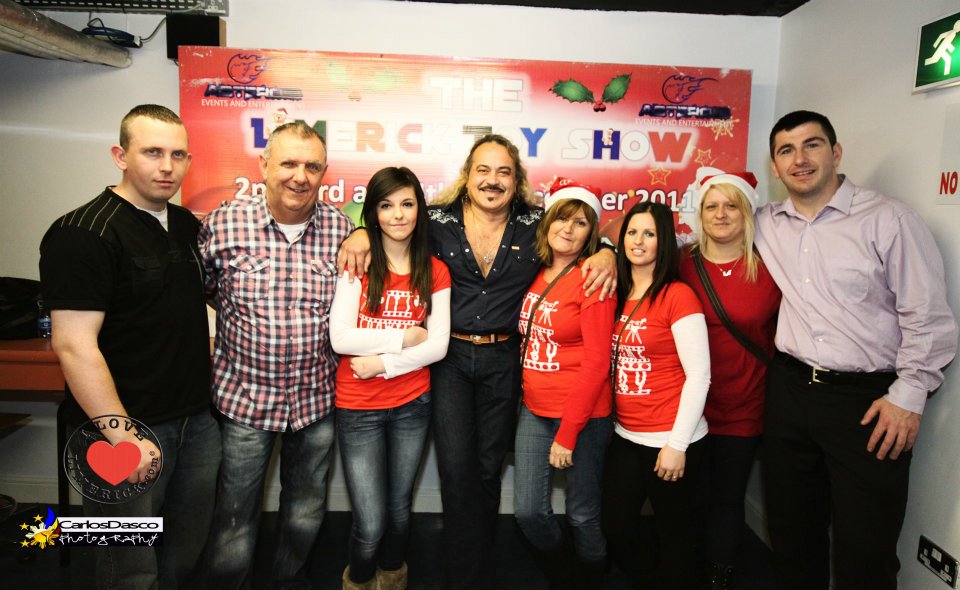 The MRA would like to give big thanks to James Daly and Asteroid Events and Entertainment and his committee for giving us a toy show that was unbelievable, the MRA would like to also thank the people of Moyross and also the surrounding areas of Limerick for turning up and supporting the shows in these such bad times. We would like to thank all of the sponsors who sponsored the show as it would not have happened without them. We hope that when all is finished we make a substantial amount for charities. It was great to see so many kids that was happy and jolly at this toy show. Thank you again to the Limerick people we could not do it without you. 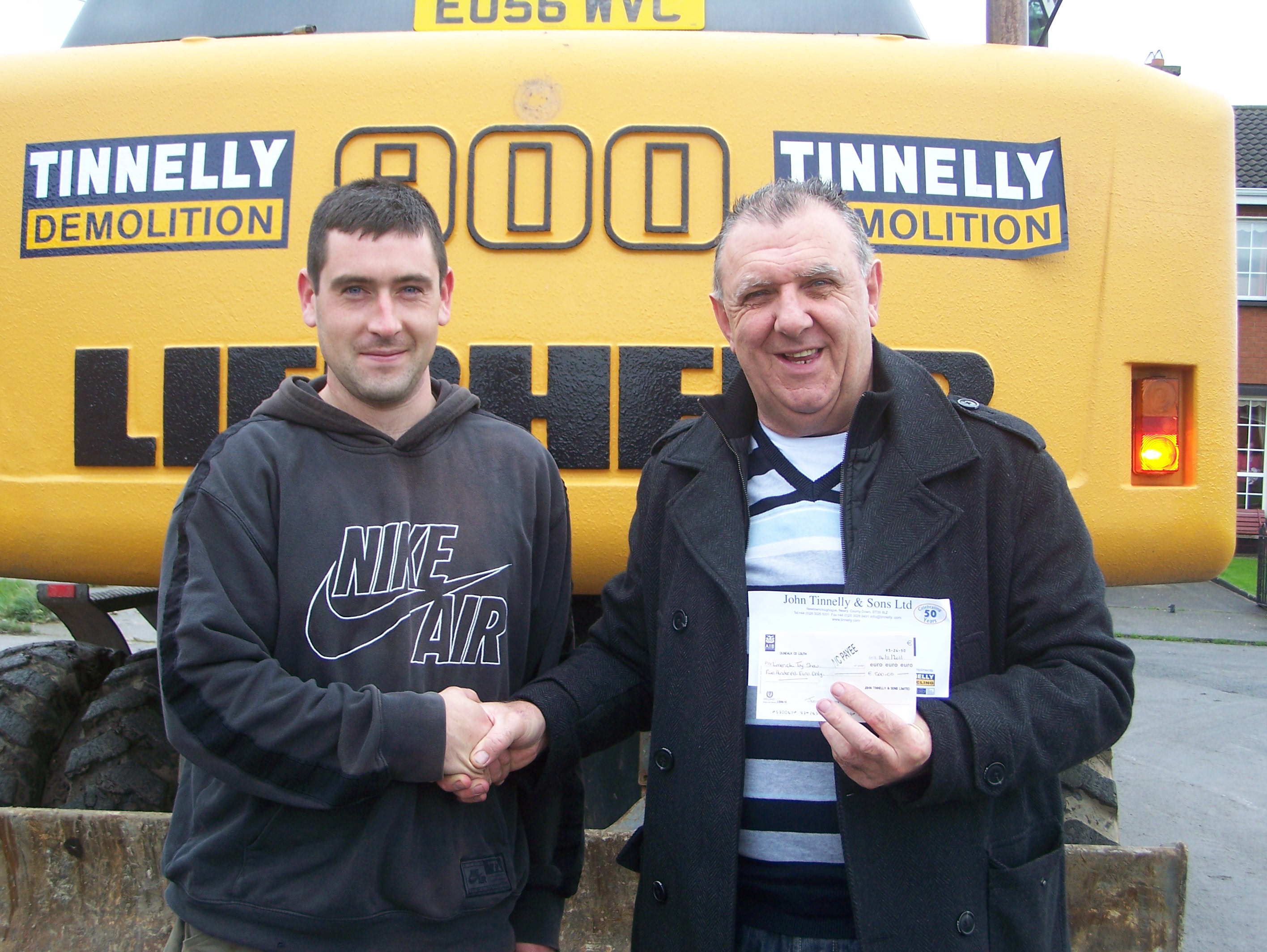 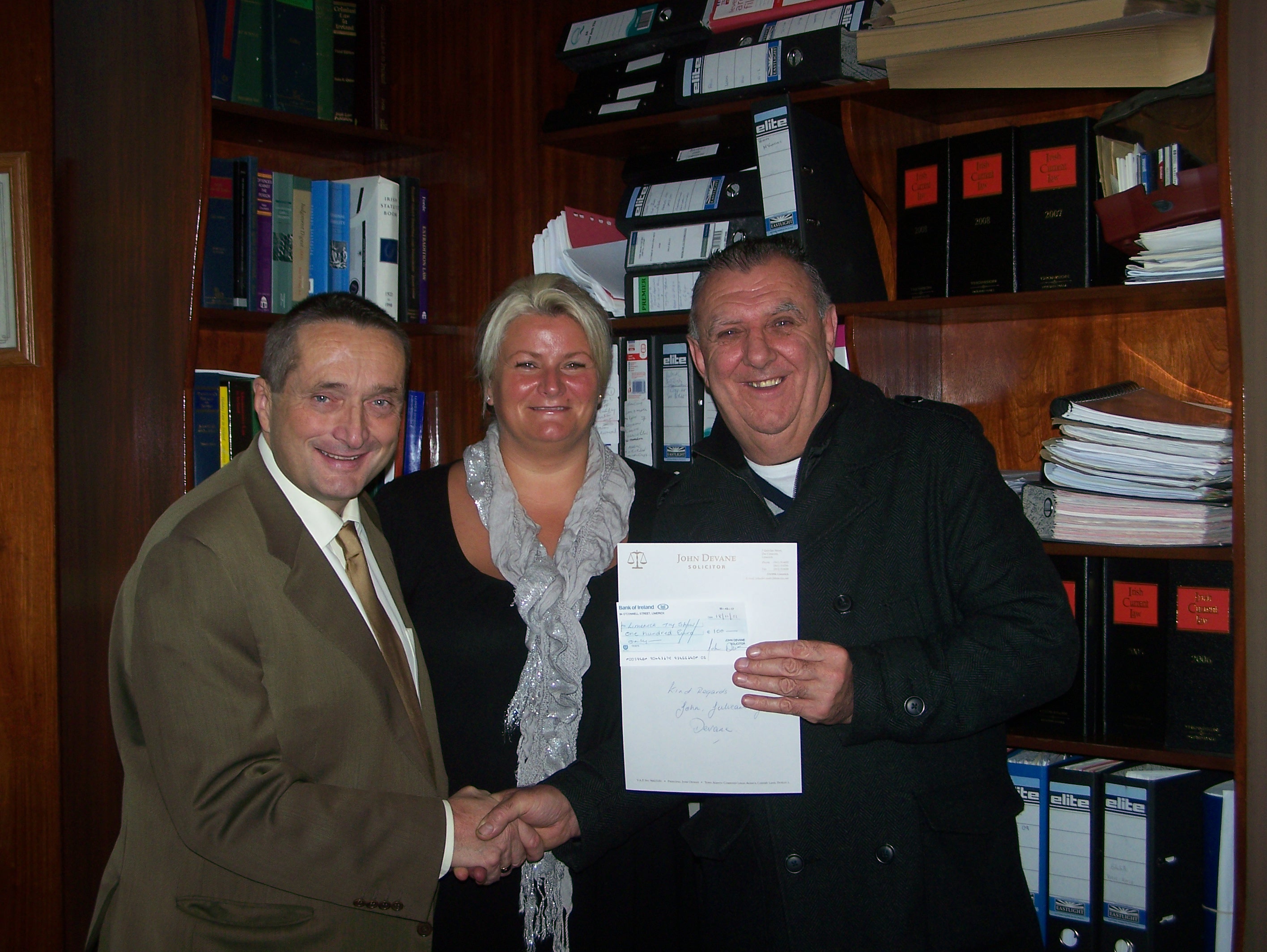