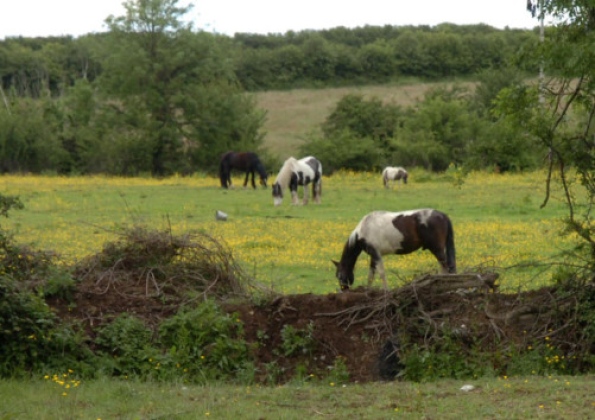 A spate of vandalism and intimidation in Moyross over the past two nights has served to highlight 3 issues: the serious lack of Garda resources, the need for a horse project and a total lack of real leadership from the Office of Regeneration. The seizure of 13 horses by Limerick City Council from a secure field near the estate has been linked to what some have described as a 'mini riot', which involved roads being blockaded with burning wheelie bins, property being damaged, youths wearing balaclava's riding around on horses, shots fired in the air and the windows of St. Nessans School smashed, and the windows of those associated with the Council. A total of 22 horses were seized from regeneration areas over the weekend. Appealing for calm, Chairperson of the Moyross Residents Alliance (MRA), Tommy Daly said that many residents felt terrorised, “I was inundated with calls from residents telling me that they were terrified of what was going on outside and wondering where the Gardaí were. I heard reports that a Garda was hit by a rock so they decided to pull back. It might have been lawful, but was wrong of the Council to break into the field and take the horses; these were well kept horses and they weren’t causing a nuisance. I understand that people are angry and frustrated, but wrecking the place and terrifying people isn’t going to change things. The attack on the school and homes was disgraceful. I appeal to all those involved to stop the destruction and start campaigning properly for a horse project like those that protested peacefully outside the Regeneration Office today ” Limerick City Council spent more than €550,000 rounding up illegal horses between January 2011 and July 2012. 400 horses were seized in 2011 and in 2012, over 100 horses have been seized so far this year and it’s been reported that Limerick City Council intend to spend €300,000 to round up the estimated 200 horses that remain within the city’s boundaries. Mr. Daly said that this is an utter waste of taxpayer’s money that the Council have indulged in since 2002. “The Council have been seizing horses since they brought in the bylaw in 2002, they should realise by now that the ban is an utter waste of taxpayer’s money, there’ll be another 400 horse in the city next year; it costs over €2,000 to take one horse to the pound, but you could buy one for €50. They need to stop their foolishness and sit down with horse owners to agree regulations. This city was built on horses, and not too long ago our milk and coal was delivered by horse and cart. Horses are part of our history and our culture, there’s no reason why horses couldn’t be regulated for and licences issued by the Council” “Fair play to Fr. Tony O’Riordan for standing with the protesters today and I hope the horse owners will continue to build a campaign to get the regulations changed. I was talking to Br. Shawn today and he said that the Monks also support the horse owners. It’s time for real leadership on this issue and the Office of Regeneration is best placed to give it. They need to start working with horse owners and support the setting up of horse projects in regeneration areas. We've been left down by our politicians and community workers. The MRA calls on the Director of Regeneration, Ollie O’Loughlin to establish horse projects in the four regeneration areas ” said Mr. Daly. The seizure of 8 horses in Ballinacurra Weston was described as unnecessary by Matt Collins. Vice-Chair of the Ballinacurra Weston Residents Alliance (BWRA), saying that taxpayer’s money should be put to better use promoting social and economic regeneration through horse projects “The horses were being cared for and weren’t neglected or wandering loose, they were corralled in the site where Clarina Park once stood and there was no need to take them, it was totally unnecessary. What we need is a horse project. It would be a positive activity for our youth to engage in. There’s even the potential to set up small businesses if the Council would regulate, selling horse manure or entertaining tourists, we could be making money instead of wasting it. A horse project would be in line with the social and economic regeneration of the area and the Office of Regeneration has the power to do it; they can make use of the land in the area as they see fit. Enough taxpayer’s money has been wasted with little to show for it. I remember a few years ago and the Gardaí were riding around on horses and the community Gardaí are very supportive of a horse project Horse projects have been proven to reduce anti-social behaviour” Chairperson of the Weston Gardens Residents’ Association, Cathal McCarthy, said that their association had called for a horse project in 2007 in their proposals for regeneration. “We proposed a horse project in our own vision document, which we presented to regeneration in December 2007, but we weren’t listened to. A horse project was promised for Moyross in the Regeneration Agency’s vision document in January 2008, but when they published the so-called master plans in October 2008 there was no mention of one. How many horse projects could we have for all the money wasted over the years seizing them? It makes no sense socially or economically to continue this practice, in fact it’s practically anti-regeneration.” 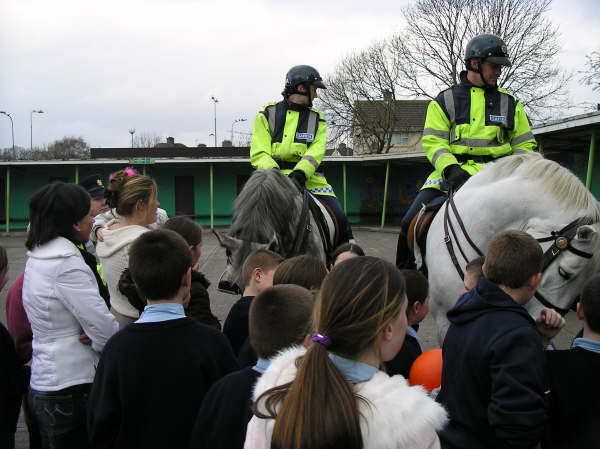 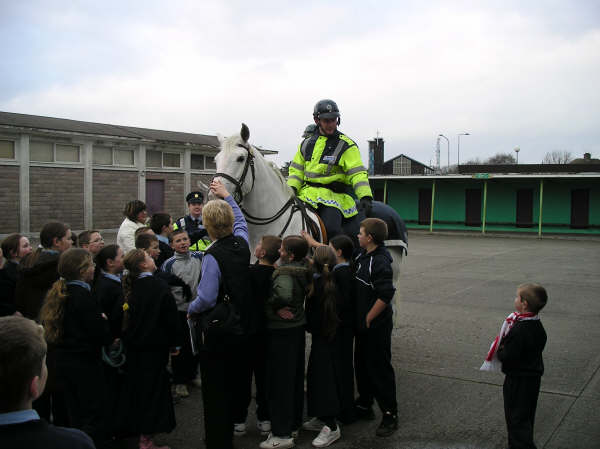 Fear of Job losses in Moyross 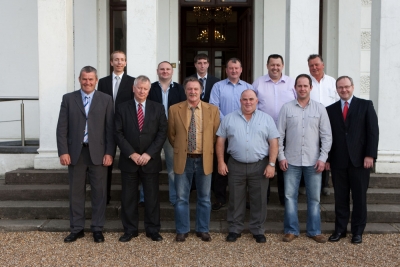 It has come to the attention of the Moyross Residents' Alliance (MRA) that Speedline Engineering, a locally based company that employs local people including ex-prisoners, helping them to rehabilitate and re-enter society, is going to have to let people go. While Speedline Engineering is having to let people go, Limerick City Council's Office of Regeneration has given the job of boarding-up houses to another company run by Mr. Joe McMahon. "Who is this new man on the tender list and what are his company's qualifications? Will he employ residents from regeneration areas, like Speedline Engineering. I hope the Office of Regeneration can see reason and stick with those contractors that have a proven track record in employing local people and in giving back to our community by sponsoring charitable events and other positive things; they are a big contributor to the local economy of Moyross" said Tom Daly, Chairperson of the MRA. Ray O’Halloran who is the Managing Director, Speedline Engineering based in Moyross and a participant in the programme explained the benefits of the initiative; “It will enable the businesses to grow and create jobs. This will keep Limerick in business and Business in Limerick!” 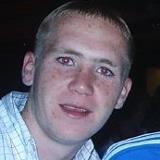 The Moyross Residents Alliance (MRA) congratulates Moyross United on their recent win at Jackman Park, Jonathan Power's first half goal saw Moyross defeat Granville Rangers by a goal to nil. "Well done to all the lads and especially Jonathan Power who scored the winning goal, It was a great boost for the area. It's great to have a bit of positive news about Moyross. Keep up the good work" said MRA Chairperson Tom Daly.