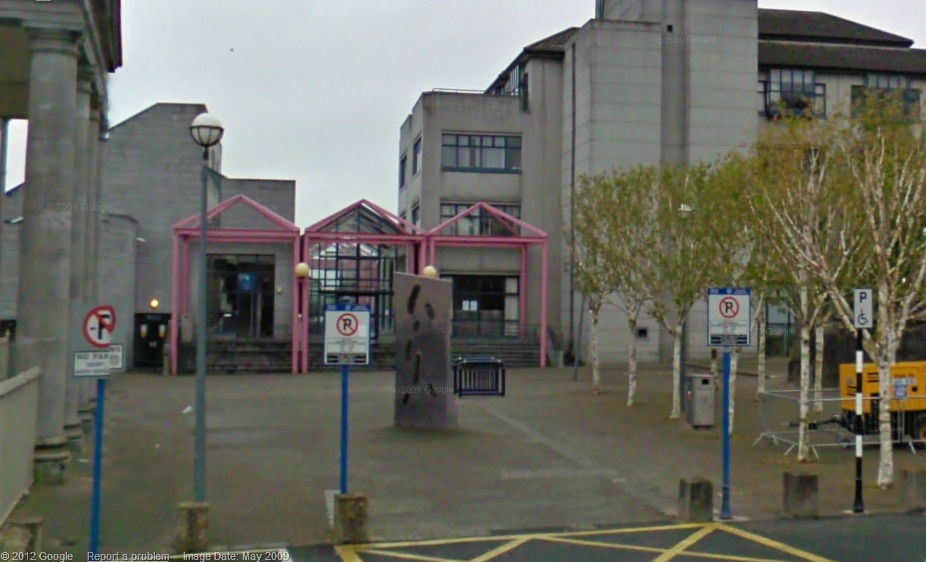 It has come to the attention of the MRA that one of the engineers over the demolition in the regeneration areas of Limerick is going on 5 weeks holidays. What a time he picks to go when there is a load of houses to be demolished in both north and south sides of the city. Now he will be gone for 5 weeks and come back and try catch up with paper work which will take another 2 weeks then you are into the summer holidays. So the people of Limerick will have to wait 9 to 10 weeks for the demolition of these eye soars which the regeneration and the Limerick City Council left. This is a disgrace said Tom Daly, Chairperson of the MRA. It is just unbeleivable what they can do. The MRA will be writing to the department of environment about this and we will be also writing to the E.U. This is going against all thats in the Fitzgearald report. Instead of doing the right thing they have demolishers doing nothing, why dont they get them in immedietly to knock these house instead of having people putting up with anti-social behaviour which is wasting the Gardai's time as they are busy enough as it is. Tom Daly Chairperson of the MRA. 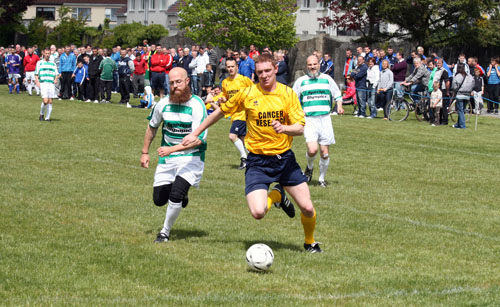 On Sunday 16th May 2010, at 2pm, Shelbourne Park will bear witness to an historical event of biblical proportions. The 'Monks of Moyross' will take on the Gardai in a soccer Charity Cup Match to raise money for Irish Cancer Research and Special Olympics. Moyross resident and organiser of the charity event, Jamie Daly, explains his motives: "I was talking one day with my good friend and neighbour, Fr. Paulus of the Franciscan Friars of the Renewal, I was reminiscing about my grandmother, Mary McMahon (nee O'Connell) and how she died in Milford Hospice when I was a child. I was telling Fr. Paulus about my grandmother's generosity and kindness and how much of a character she was. Suddenly it dawned on me that the terrible moans and groans that I used to hear while visiting her were from other people dying of cancer. Fr. Paulus suggested that with my success in coaching the Moyross B team that I might be able to organise something" "This got me thinking about other people and I recalled a good friend I had when I lived in England, Sean McManus. Sean was a great character and would always greet you with a hug. Sean had Downs Syndrome and always talked about taking part in the Special Olympics. I decided to organise an event to raise money for both charities." "I started talking about it with my friend, Andrew Keogh, who's mother died from cancer, and before I knew it there was overwhelming support for the event (I've been organising events in Moyross since I was 12 but this must be the biggest one yet)." "As a member of the Moyross Residents' Alliance (MRA) I raised the matter at a committee meeting and the MRA agreed to sponsor the event with support from Limerick Regeneration Watch" "We formed a sub-committee to better organise the event: Chair, Jamie Daly; Vice-Chair, Andrew Keogh; Treasurer, Bernie Leech; PRO, Dean Quinn (085 24 06 308)" "I was born in Moyross and I am proud of my home and my family. I am often upset by the way in which Moyross is portrayed in the media as a no-go gangland area; this does not reflect the majority of people who live here" "On the day we will have Moyross hero, Bobby Ryan (formerly of Dunfermline Athletic now with Galway United) and Keith Errols (who plays rugby for Munster and Ireland) hopes to be available for the event. Pat Shortt has agreed to coach the Monks and there are a lot more celebrities and special guests to be confirmed. "It is my hope that this event will do more than just raise money for Cancer Research and Special Olympics, it is my hope that it will demonstrate to the wider community in Limerick that Moyross is a community that cares." "I would like to thank the main sponsors of the event, the Moyross Resident's Alliance, Limerick City Taxi's and Hassette's Sports Bar for helping to kick-start things by donating over €2,000. I would also like to thank the Moyross B-Team for all their support, Limerick City Council and Shelbourne AFC for use of the pitch, and thanks to the Northside Regeneration Agency for the use of their board room to hold meetings, printing the leaflets and paying for the souvenir programme that will be available on the day. For Further information contact us. 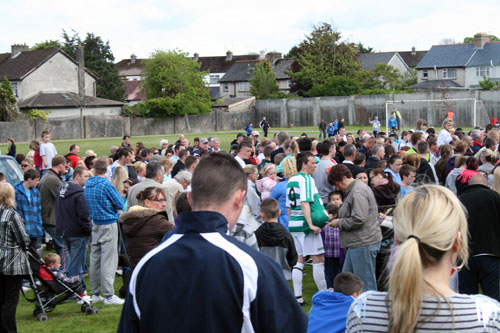 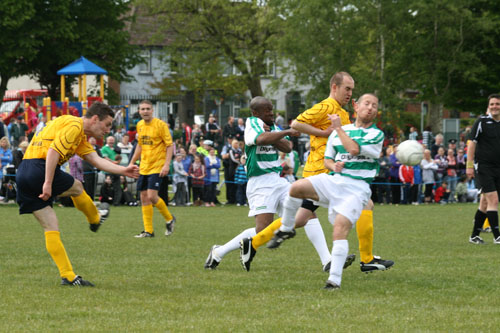 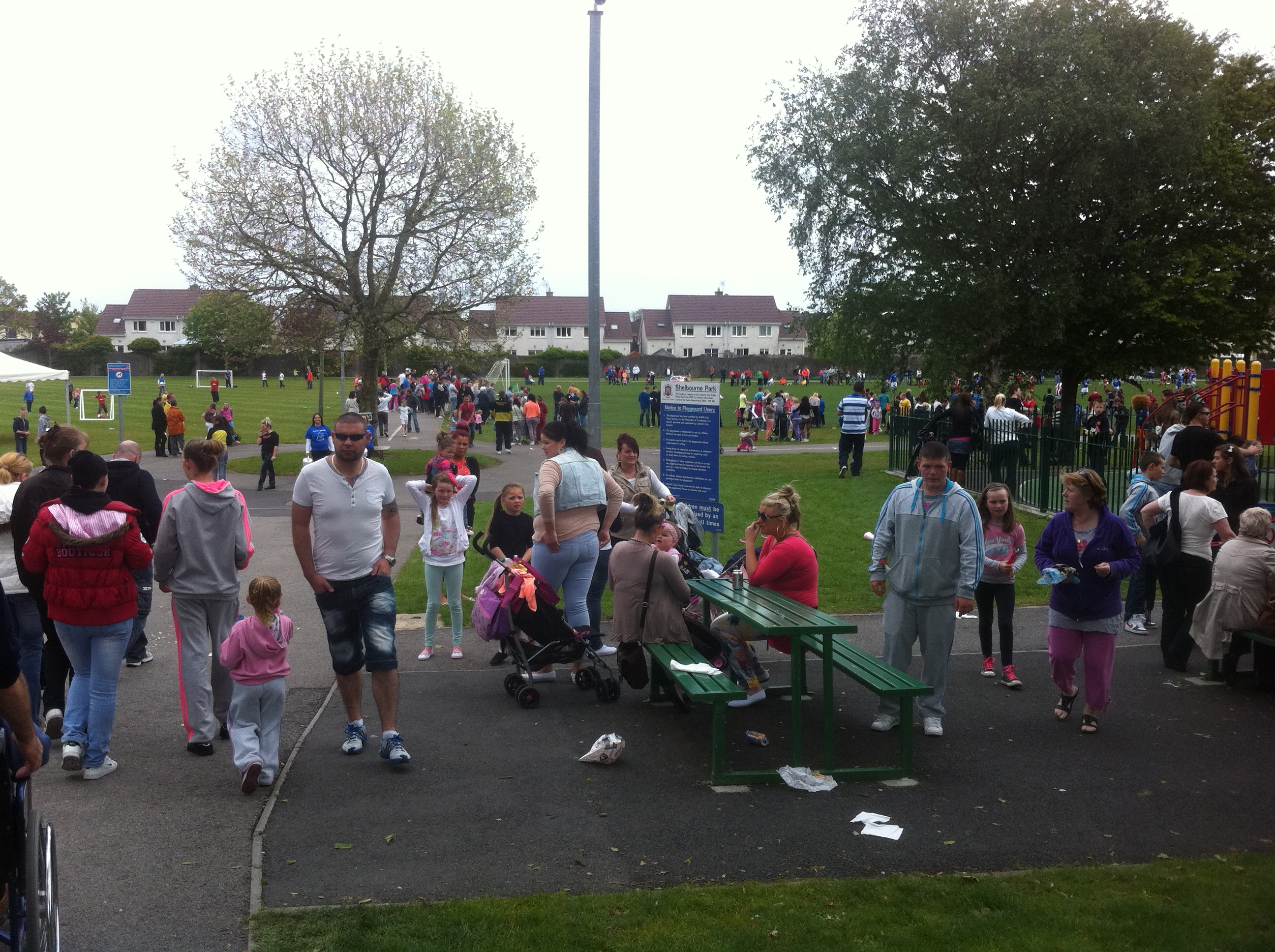 On the 20th of May 2012 we had the Monks Vs Munster Sporting Hero's in Shelbourne Park Limerick which was a big success. There was upwards of 2000 people who attended and this was good to see and open peoples eyes for suicide awareness and try help people that are feeling down and depressed that they can go to these centres like pieta house and get help. We would like to take our hat off to Jamie Daly and his committee for getting this event off of the ground which was an awful lot of hard work. The MRA was unendated with phone calls thanking Jamie for such an event and also thanking Limerick Fc and Pat O Sullivan for all the support and also anyone that donated to the cause and also and big thanks to Paddy Hartnett and Mick O Driscoll, John Delaney, Pat Short, Paul Mc Grath, Tony Cascarino, Teddy Sheringham and also all of the people in Cork who tried to open peoples eyes to try to stop this high rate of suicide. We would also like to congratulate the winners of the game The Munster Sporting Hero's in which it was a very highly intense game and of course not forgetting the monks who played a great game. Tom Daly, Chairperson of MRA. 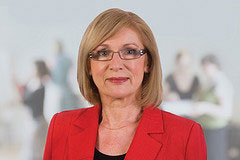 The MRA Moyross Residents Alliance were a part of a delegation on Tuesday the 15th of May 2012 in the Liberty buildings in Dublin which involved all of the communities in Ireland who is under the regeneration remit. It was unbelievable the stories that the people told after 17 years of regeneration. The conditions they were left in, infrastructures broken up, school population again halved, people displaced and not knowing what was coming next, it was a disgrace. Now we find this very disturbing said Martin as we are 5 years into regeneration and the same thing has happened to us, that is why we are working with CAN to get a petition through to the E.U and let them know what is happening to the people of these areas. Down here in Limerick they are all at logger head with each other on the regeneration board. They do not know what they are doing, they have wasted 116 million and nothing to show for it and they are actually going on local and national press admitting they are wrong, even Jan O Sullivan our Minister have admitted that the regeneration board are at logger heads and Brendan Kenny has admitted it. If you come out to parts of Moyross you can see the infrastructure is all broken up. Its a disgrace said Martin we hope to god that when this new committee is formed that they will go into direct dialogue with the MRA, The BWGRA and get things right this time and get local elections and get people voted in, in the areas like Moyross, South Hill, Weston and St. Marys Park. This was a big success in Dublin because there were half of the local people on the boards and they can bring an awful lot to the table. Vice chairperson, Martin O Halloran. 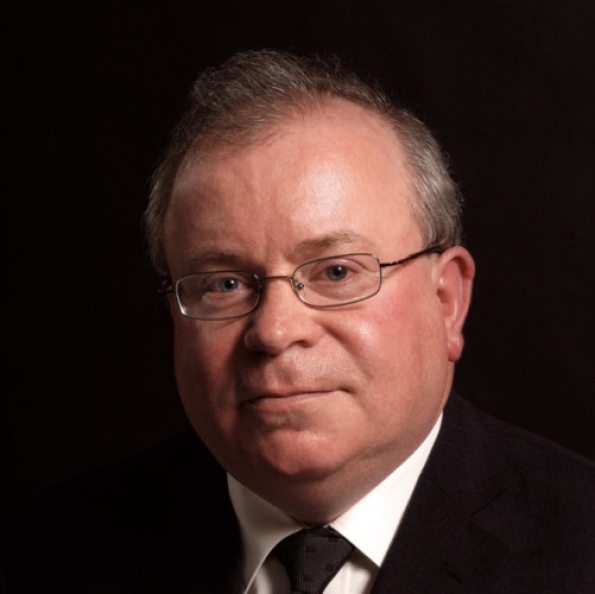