Getting Work For Locals 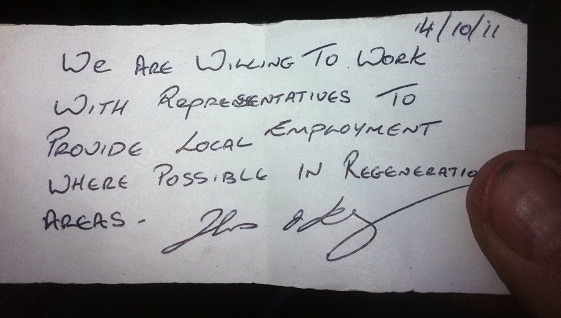 It has come to the attention of the MRA that locals are being denied work in the demolition and building of walls etc in st. Mary's Park. Residents are dismayed that the health and safety with Kelly demolition is nil in st. Mary's park. The MRA was unendated with calls from people in st Mary's Park complaining about the health and safety standards Kelly's Demolition are upholding. So for gods sake before someone is killed or injured will the people over Regeneration Mr. Oliver O Loughlin try and get onto Kelly's Demolition and to get them to uphold the proper standards of Health and Safety and also try to get them to hire locals. The people of Moyross had terrible problems with Kelly's Demolition in Moyross in which one child was lucky, she was nearly knocked down by one of their trucks which can be seen further back the news page and also in the press release called Issues With Health And Safety. Local tradesmen approached Fonsie Kelly of Kelly Demolition to ask would he take on locals, the tradesmen got this answer from Mr Kelly ''We haven't got work for ourselves'' which we thought was a disgrace. Mr Kelly always seems to have this attitude of not employing locals said Tom Daly. We have a signed statement from Thomas O Kelly stating that he is willing to provide local employment where possible in Regeneration areas as you can see below. So we say to Kelly Demolition if you can not do a job safely and can not keep the health and safety of the residents in the Regeneration areas in mind then do not do the job at all. There was Tinnely Demolition in Moyross and Smiths Demolition and we must say their health and safety was excellent. So why in the honor of God does the Limerick City Council get these cowboy demolition team back are Kelly's cheaper than the other professionals? Or is it that they do not like to keep health and safety of our residents in mind. Yours Sincerely, Chairperson Tom Daly and Vice Chair Martin O Halloran. 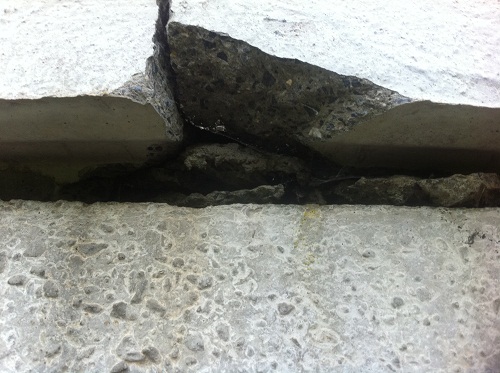 There is a big issue with the ''Berlin Wall'' as the residents call it in Delmege Park. It is an illegal wall separating Thomond Village from Delmege Park its a discrimination against the people of Moyross. This wall was meant to be a temporary wall and was only meant to be there for 12 to 18 months and here we are 8 to 10 years down the line and still it stands. It has structural damage and is now a health risk to the children playing in the green areas where the wall stands. There is one length actually broke right down the center and 5 to 6 inches of the wall is sticking out which can be seen in the images below. Tom Daly was in discussion with Len Dineen jnr. on Thursday about the situation in Thomond Village and fair play to Len, he was very helpful when Tom Daly discussed the situation with him about this Berlin Wall dividing us, he said he has no more to do with Thomond Village but he got in contact with the people responsible for the dangerous wall. The individual that is over it was not there on Thursday and the secretary from the Thomond Village rang Tom Daly and said that there would be someone calling him back on Friday regarding the issue. It is unbelievable and we are thankful that this wall has not fallen down and hurt or even killed one of the kids said Tom Daly. We are showing the photos of this dangerous wall below to show people what we are dealing with. We want this situation resolved promptly as we have Christmas Holidays coming up and kids are playing over in that green area. So for gods sake please rectify this situation or we will get the national press involved and we will send emails to all T.Ds including Clair Daly in Dublin and Eamon o Queef and other T.Ds all over the country including our local T.Ds and we will provide the national press with these photos in High Def to show the reality of the situation and how life threatening this is which we do not want to do. So for gods sake let common sense provail and put the health and safety of our kids first as we don't want anymore fatalities in Moyross. Martin O Halloran Vice Chairperson of the MRA was disgusted by the way that the people of Moyross are treated and especially Delmege Park when this ''temporary'' Berlin Wall of Delmege was erected. Why couldn't they carry on with the fence and wall to left of the photo above which is part of the Thomond Village instead of building this health risk of a structure which is held together in places with sticks which is clearly visible above and below in the images. You can actually shake the wall without force and it moves back and forth. This is highly dangerous this wall has to be knocked because it is blatantly breaking the health and safety code and is clearly telling the people of Moyross that they are not cared for. Tom Daly Chairperson and Vice Chairperson Martin O Halloran. 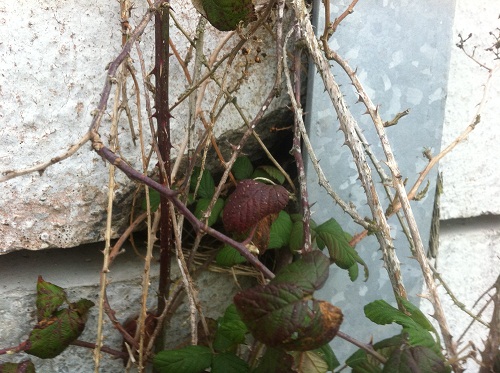 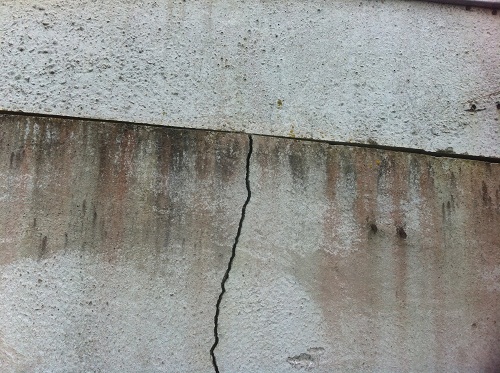 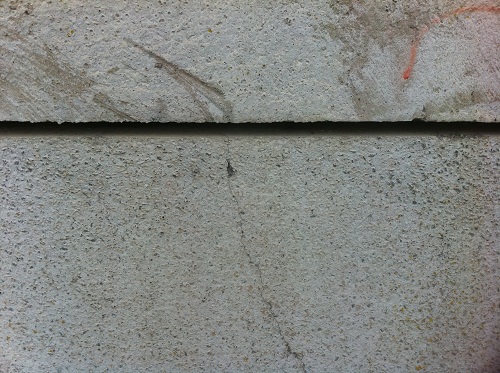 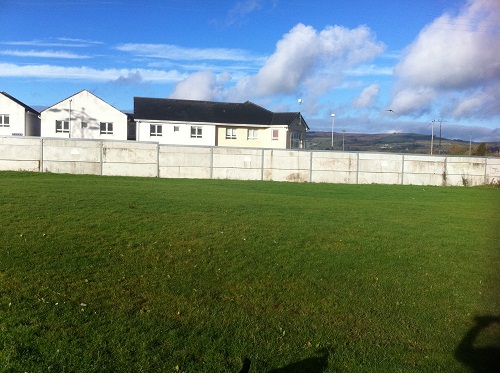 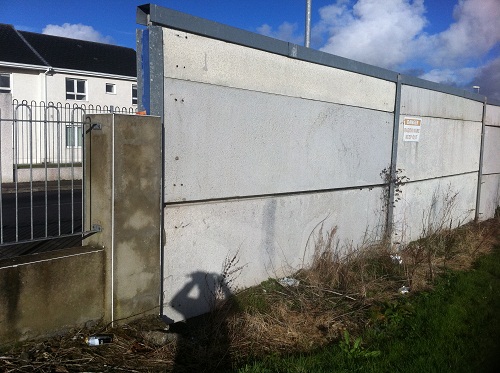 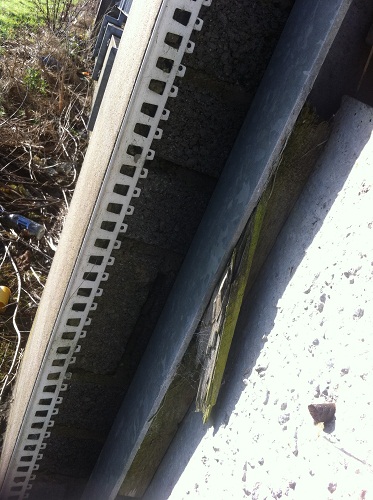 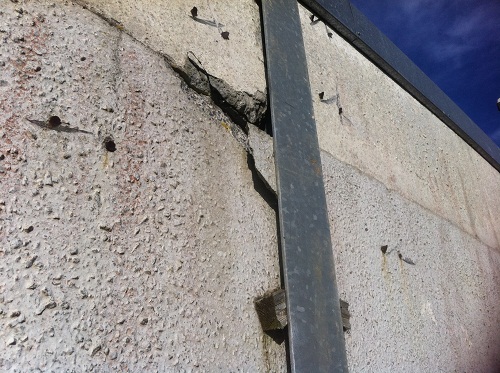 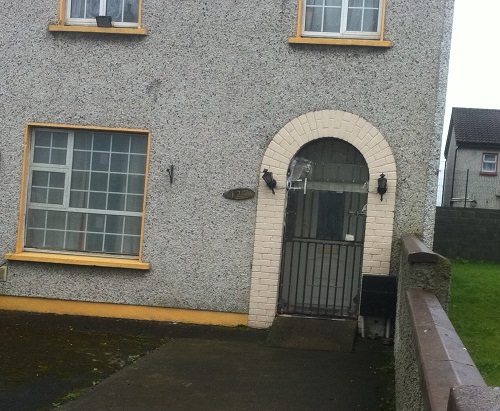 Homeowner in Delmege Park house boarded up over anti-social behavior, the people of Delmege are sick of it. There is also a homeowner with bars on his front door and perspects on his windows now this can not be a normal way to live. The MRA are unendated with calls that the residents do not want anymore anti social and no more people to be ran out of their houses. There is also a tenant in between these two houses in which they must be terrified said Tom Daly Chairperson of the MRA. We have to say the Gardai are doing their job up in the patrols in the area 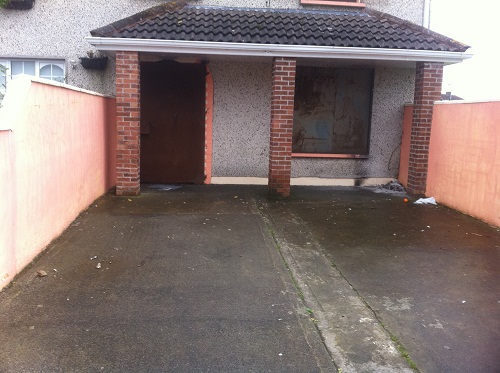 The Limerick Toy Show Committee would like to announce that the Toy Show for 2012 will not go ahead due to circumstances beyond their control. We regret to announce this and unfortunately we will miss not being able to help the charities this year but maybe next year we can have a proper venue in place. Jamie Daly and Martin O Halloran were unendated with calls with people asking for tickets but unfortunately they had to tell them that the show was not going ahead. We promise that next year we will have a venue 6 months in advance and we will have the limerick toy show back and bigger than ever. The Toy Show Committee wish all of the people of Limerick a Happy Christmas and a Prosperous New Year and thank you for your support for the 2 years the toy show has run. You were brilliant to help all of the people in need as you can not get any better people than the people of limerick. We take our hats off to you the public. Chairperson and Vice Chair for events at Asteroid Events.

The MRA Chairperson and Vice Chair Calling all sides in Moyross causing anti-social behavior to stop as it is only letting our own community down. The people living in Moyross are good people and they are letting themselves down. For gods sake Christmas is only around the corner and people want to have a happy festive season and the kids want to be out playing on the greens and community areas so we can do without this anti-social behavior. It is doing no body any good and someone will only get hurt or maimed so for gods sake see reality and cop your self on and stick to playing football and handball as ye are all very very talented in these fields in which you have proven in the past. The MRA wish you all a very happy Christmas and happy new year.