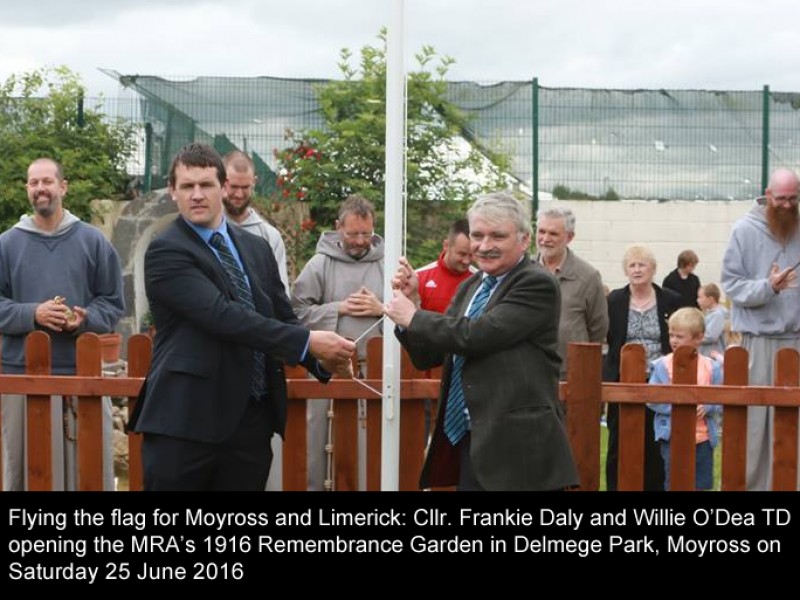 The Moyross Residents Alliance (MRA) has come out in defence of Councillor Frankie Daly and has castigated the Labour Party for their ignorance of Bunreacht na hÉireann (the Constitution of Ireland). MRA Chairperson, Tommy Daly has criticised the Labour Party’s Tom Shortt, saying that the former Councillor needs to go back to school and learn about the Constitution of Ireland. “I was surprised with Tom Short in last week claiming that Cllr. Frankie Daly no longer represents the Labour Party on the Council. Does Mr. Shortt not realise that Councillors do not represent any party on the Council, they represent the communities that elected them; he needs to go back to school and learn about the Irish Constitution, Article 28a and the role of Councillors.” said Mr. Daly. “Perhaps if Mr. Shortt had actually represented our Northside communities when he was on the Council he might have kept his seat. The MRA held several meetings with Mr. Shortt and Moyross residents when he was a Councillor, but he never raised any of our issues, even though he promised he would. People voted for Frankie Daly not because he was on the Labour ticket, but because they know he is a man of his word, he had promised to vote for Cllr. Hourigan to be the city Mayor months ago. What kind of man would he be if he went back on his word?” added Mr. Daly ARTICLE 28A 1. The State recognises the role of local government in providing a forum for the democratic representation of local communities, in exercising and performing at local level powers and functions conferred by law and in promoting by its initiatives the interests of such communities. “Frankie Daly has always been above party politics, that’s why he had no problem in opening our 1916 Remembrance Garden with Willie O’Dea TD, a member of Fianna Fáil. At the end of the day, our Constitution is very clear, our Councillors are elected to represent communities, not political parties and the Labour Party has shot itself in the foot by censuring Frankie Daly, they should remember that they need him more than he needs them.” concluded Mr. Daly. The MRA would like to thank Cllr Frankie Daly and Willie O’Dea TD for opening our 1916 Remembrance Garden on Saturday 25 June 2016. We would also like to thank Brendie Daly, Ger Crawford for the stone work, Keith Meade, Chloe Daly for a beautiful rendition of The Foggy Dew, Steve Marshall, Dee Murphy, Jamie Daly, Angela McNamara and the Franciscan Friars of the Renewal for blessing the monument and the plaque