Following a spate of gun attacks that have plagued Moyross for the past month, which had spilled over into other areas, Moyross finally has increased Garda patrols. Welcoming this development, Moyross Residents Alliance Chairperson, Tom Daly, said he was relieved that the authorities were finally listening. "I have been criticised by certain quarters for highlighting the recent spate of shootings and was told that 'what happens in Moyross should stay in Moyross'. This is an unbelievable attitude from an individual that has a high authority in Moyross and should really know better. How were we ever to get more patrols for the area when the situation was being ignored when we were trying to deal with it quietly. People have a right to live in peace and harmony and not be frightened to come outside their front doors" said Mr. Daly. "The local media were happy to report misinformation as fact and that also had to be challenged. Labeling innocent families as drug dealers involved in a feud is just not on. If these issues weren't highlighted they would only escalate. The local media should engage with residents directly and not listen to spin and misinformation, that's just lazy journalism. The recent shooting on the Old Cratloe Road should have been given more prominence". said Mr. Daly 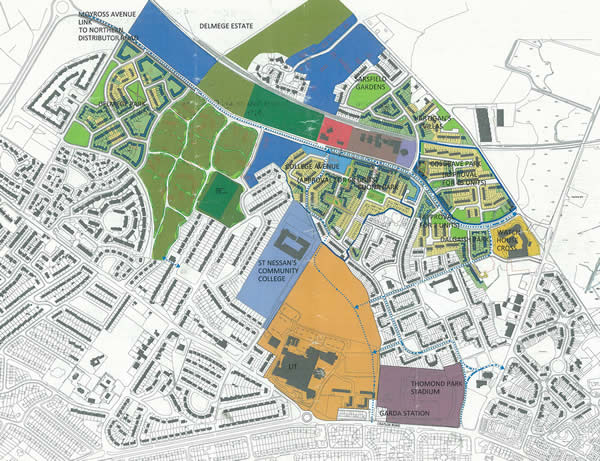 The new proposals for Moyross regeneration were finally revealed to residents during a day long consultation organised by Limerick Council's Office of Regeneration on Tuesday 12th March from 10am - 6pm in the Community Centre. Tom Daly, Chairperson of Moyross Residents' Alliance (MRA) has welcomed the proposals. "It was a long time coming and it was great to be able to finally see them, but there was a lot to take in and try and understand. People were more confused afterwards than they were before the consultation" "I have my concerns about what we were shown and how residents were being asked to fill out a detailed questionnaire and sign their name to it. There were no independent experts on hand to help residents understand what they were been shown, only staff from the Office of Regeneration and some members of the unrepresentative Moyross Residents Forum Ltd. I am also concerned that these proposals were shown to residents without including any recommendations from the National Crime Prevention Office as one of our advisers was in regular contact with the office since last November" said Mr. Daly Chairperson of Limerick Regeneration Watch, Cathal McCarthy, is a member of the MRA committee as an adviser said that these proposals were presented to residents without the inclusion of any recommendations from the National Crime Prevention Office (NCPO). "From my discussions with the NCPO we have learned these are the same proposals that were received by the NCPO in October 2012. Requests for additional information by the NCPO in November 2012, such as site maps, went unanswered by Limerick City Council until the end of January 2013. The NCPO will present their report to the Office of Regeneration at City Hall on Thursday 28th March, so it was a bit premature of the Council to make the proposals public and claim in the local media that they were developed in partnership with the Gardaí. Unfortunately, there is no legal obligation on the Council to heed any of the recommendations that will be made by the NCPO" said Mr. McCarthy Mr. Daly said that all residents can do now is wait and see, "We were told that most of what is proposed won't happen until 2014, so all residents can do is wait and see. I am concerned that it will never materialise and that residents were not given enough time to digest what we were shown. Why weren't these proposals published online or given to residents before the consultation so we had more time to figure it out. Also, other areas had 3-day of consultations to view less detailed plans, Moyross only got 1 and just over 100 residents turned up to that. The whole thing was badly organised" said Mr Daly. Residents of Moyross and members of the general public have until the end of March to give their feedback on the proposals. The MRA have published the proposals online for those that missed the consultation, just click the link below 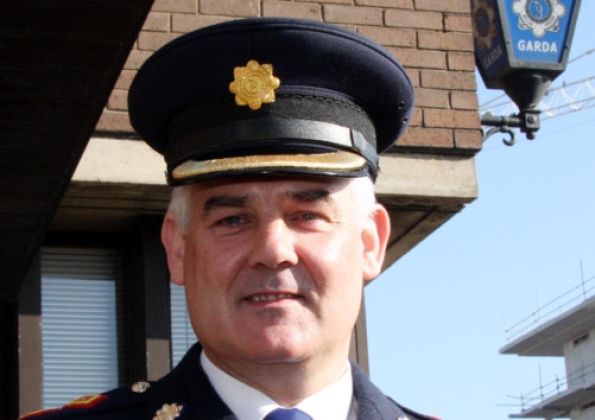 A gun attack in Moyross has forced an innocent family to leave their home. The Moyross Residents’ Alliance (MRA) has condemned the gun violence which was inflicted on two innocent families in Delmege Park. One family who have lived in the area for 26 years had to flee their home when it was riddled with bullets only hours after they had been threatened by criminals with being burned out. Chairperson of the MRA, Tom Daly, said it was a miracle that someone wasn't killed. “How somebody wasn't killed is a miracle I warned that things would escalate if the authorities didn't intervene and now good neighbours of mine have had to leave their homes in fear for their lives. And if that wasn't bad enough, they have had to listen to Councillor Maurice Quinlivan on the radio imply that they were established drug dealers involved in a feud with a young gang whose members have access to guns. Why couldn't he have called for extra policing in the area? He doesn't have to put up with this where he lives,” Mr. Daly said. Misinformed: Chief Superintendent Dave Sheehan is taking "positive steps" Mr. Daly also took issue with others who had labeled the victims as drug dealers. “I was told that the Local Drugs Task Force claimed that this family was involved in drug dealing. I personally know the mother, who is a hard-working woman, and the father, who was a great ruby player and a hard-working man. This family was targeted over an argument during which their son was attacked with slash hook. I think it’s a disgrace that our local media can portray these people like that. They didn't name the family, but everyone in Moyross knows who they were referring to. It was like they were being made into legitimate targets, now look what’s happened. “Chief Superintendent Dave Sheehan claims that the Gardaí have taken ‘positive steps’ to monitor the activities of this gang, yet this attack happened at 8pm in plain sight of a CCTV camera and it took the Gardaí over 15 minutes to arrive at the scene. They should have been patrolling Moyross to begin with and then they might have been in a position to intervene or prevent the attack, now that would have been a positive step. Sound bites and spin won’t save lives." Mr. Daly said that this second gun attack had left the community further traumatised. “Brother Thomas of the Franciscan Friars could not believe it. What if children had been playing in the garden of the Kids Club run by the Friars, which is next door?" The MRA has called for those involved in the violence to stop and for the relevant authorities to intervene before someone is killed, but feel that their calls have fallen on deaf ears. “After the gun attack last week I personally raised the matter with the relevant authorities and highlighted it as best I could in the media, but the local papers don’t seem to want to know and instead seem to be dismissing this violence as the result of a feud, as if somehow that makes it okay. Violence, no matter who is involved or why, is unacceptable in any community. There is no such thing as an acceptable level of violence.” Mr. Daly highlighted the consequences of this bad reporting and misinformation “Following reports in the local media, claiming that the violence is the result of a drug-related feud, this innocent family have been called in to Limerick City Council for an interview with Patrick McDermott, the Tenants Enforcement Officer. They are the victims, so why are they being targeted this way? They have been forced from their home. It’s an absolute disgrace. “The television in the sitting room of the intended target was hit. What if one of the children was sitting on front of it, as they often do? They would have been killed. This has to stop. Once again we call on those involved to stop the violence and for the authorities to take action to prevent it in future.”

Today it has come to attention of the MRA that Jan O Sullivan is going to tackle Anti-Social Head on with a new and very welcomed change to the legislation. Jan will be making easier to fight anti-social behaviour as the residents that are the victims of anti-social are terrified and fearful for their lives to stand up and let it be known that they are not taking no more of it, a change needs to be implemented and the MRA welcomes this change from Jan O Sullivan and hopes that it will help if not stop anti-social in all areas of Limerick. Below is a link for you to listen to an interview Jan O Sullivan done recently regarding this change.