Bungalows of the Damned 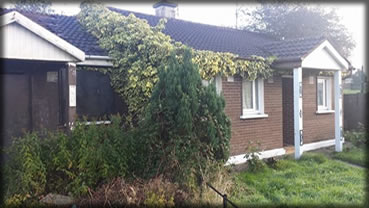 There is big issues with a resident, who is living in a Bungalow which is beside two bungalows, that have roofs missing and rat infested rubbish dumped in them, This resident should not have to live under these conditions, so Limerick Regeneration should rehouse this resident immediately, there is green mould on her walls. "This is disgracefull". said Tom Daly. ( Chairperson of the MRA ). "I belive this lady was offered two other places which were not suitable for her as the two places that were offered had anti-social behavior involved and you cannot blame this women for not taking these places. Now we had a national newspaper up, looking at these bungalows, all we want is for this resident to be looked after properly, because the way this lady is living and the conditions she is living in is blatantly infringing her human rights, as you can see on the photos, how would Mr. O Loughlin like to be living in these bungalows, it's terrible and a disgrace". There is also a bungalow and another house in Delmege Park which are already attracting anti-social behavior, so we need to get these places demolished immediately as they are going to be anti-social havans for individuals, so we hope the Limerick Regeneration, Micheal O'Kelly and Limerick City Council take heed of what we are saying and get these premises knocked immediately and the residents looked after. 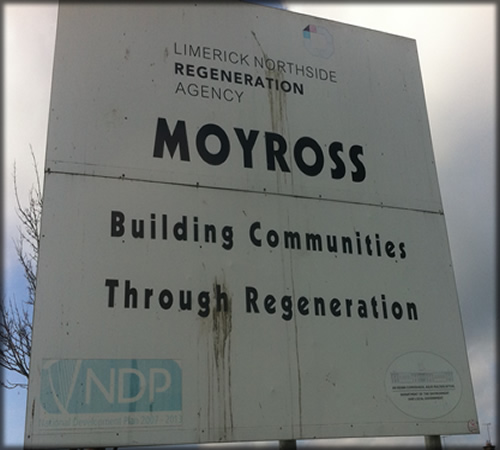 Tom Daly would like to thank, Michael Kelly and the Limerick City Council, for looking after the elderly residents and rehousing them in Delmege Park, the houses are now insulated, gas heating, fitted kitchens and being fully decorated. "It is great to see the regeneration going forward with their plans and to see them working with the residents" said Tom Daly.(Chairperson of MRA) We hope to see in the not so distant future, the road connecting to the motorway completed as we only have 60 houses left in Delmege Park, it would be a good idea if houses that are to be demolished were knocked and than people can see real regeneration taking place. Which would be great going forward, It is great to see the houses being occupied again and good neighbors being moved in to our community, we are working hand in hand with the Limerick City Council to try and get issues for the Residents of Moyross sorted out.