Are They Having A Laugh? 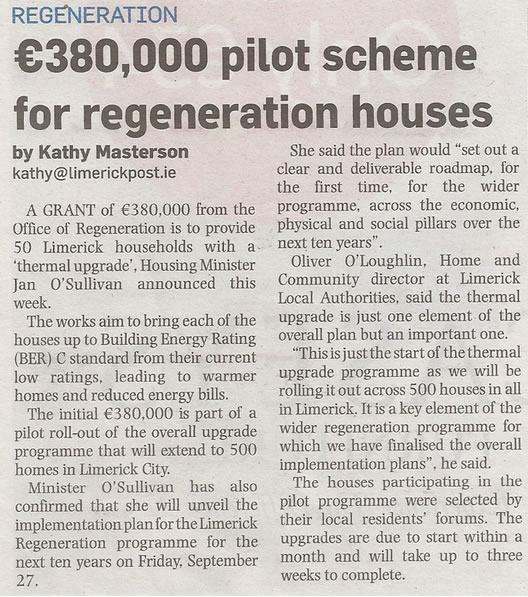 Tom Daly, Chairperson of the Moyross Residents' Alliance, has questioned the process in which houses were selected for the thermal upgrade. "I know of one resident that is waiting 3-years for gas central heating, she was told she was top of the list because of her health problems; she had 4 operations in the past few years and there is no sign of anything being done for her. This tenant has had to watch central heating being fitted in vacant houses all around her and yet she was told by the so-called Office of Regeneration that they hadn't the funding to do her home. Are they having a laugh?" "Members of the residents' forum are aware of this tenants situation as are Sile O'Brien, Rodger Noonan, Michael O'Kelly and others in the Regeneration Office. Why were unqualified and unrepresentative residents allowed to pick which houses that got the upgrade? The first time that most residents heard about the upgrade was when we read about it in the Limerick Post". Mr. Daly said that they are spending €380,000 to give 50 houses a thermal upgrade at an average cost of €7,600 per house and questioned the Regenerations and the Council's record on getting value for money. "They wasted over €2 million on master plans that are gathering dust and they seem to give all the work to Castle Engineering, who charge well above average for a less than adequate service. We just hope that our most vulnerable residents are looked after and that the Council will stop all this favouritism. They need to start hiring local residents and local contractors that actually employ residents." said Mr. Daly

What's Next for Regeneration! 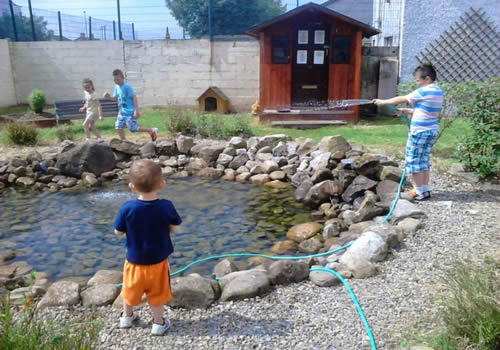 Chairperson of Moyross Residents Alliance, Tommy Daly was sceptical about the statement that was made by Carmel Duggen.(Secretary of St. Mary's Community Group) The Moyross Residents Alliance was formed, six and a half years ago and was apart of the delegation in Brussels, they represented all of the regeneration areas, in which many homes were burnt out, while others had rat infested rubbish, their effects caused CEO Brendan Kenny to promote the regeneration, and give half a million Euro to clean up all the areas in Limerick City. The Moyross Residents Alliance and a few other Alliances based in Limerick, worked together with the regeneration to sort out the problems, which also included protesting against the demolition of homes !! Mr. Daly said the following : "I don't know of any protest groups that were against the regeneration, all the groups I worked with, worked hand in hand with Limerick Regeneration in getting Health and Safety standards to make it the the way it is today in for all areas, We may have disagreed on certain elements, but always worked through the issues that arised and to an agreeable state, We always fought to have locals employed, which was brought in by EU Legislation in which locals were entitled to a certain percentage in jobs, We worked very hard to get houses demolished and to get structures re-built to certain standards to suit the residents, we wrote letters to the Government Ministers stating the de-population of Moyross was unacceptable and a total waste of good money." Mr. Daly strongly said "It was a type of degeneration not regeneration!" We work with the Limerick City Council, in getting anti-social problems sorted out and Moyross back on track and had much success.